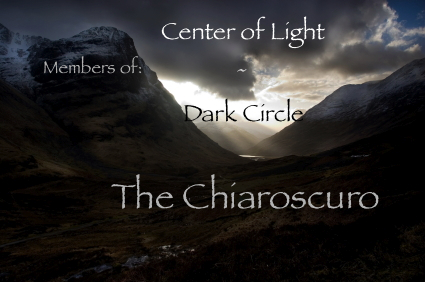 The plot was written by several writers and became very jumbled up. If you were confused below is a summary.

The story begins with the son of Ouranos, Alex Oberon, confronting Nyx about the disapearances of his family. After a confession of her role in Khiones abdúction of them, He along with Alyssa and Kat, who reveals herself to be a spy, defect and join the Center of Light where they are welcomed with open arms.

Back at Dark Circle's base, Hiro and Stuart become discontent with the war and abelieve it to have started under false pretense. At the same time one of the CoL spies, Demetra Tan, becomes enraged at Beatrice's death and attempts to kill Adeline. However, Hiro steps in and takes the hit, he is later revealed to be alive thanks to time travel. This action prompts Adeline to rethink about the events that occured and she leads Hiro, Stuart, Kat, Alex, and a sorrowful Demetra to the Center of Light to attempt to discover the truth.

Later, Alex, Lora, and her bestfriend Garrett, who recently showed up, are imprisoned when the CoL believes them to be traitors. They manage to escape, however it is revealed that the CoL only distrusted Garrett and Garrett had recently joined the Dark Circle.

The leader of the Dark Circle, Caleb travels to an unknown clearing where he meets with his father. It is revealed that Erebus, along with Khione and Cato had arranged the deaths of the priestesses and had hired mortals to do so. It is then revealed that Caleb had been hiding evidence and covering up his fathers deeds in order to provoke war with the Olympians. All this was overheard by Adeline's half-sister Nox. Caleb was unable to stop her, and Nox managed to escape, leaving Caleb the need to quickly carry out the plan.

The Hiro from one year ago suddenly get visions of present Hiro being stabbed, he then goes forward in time to watch the act being committed by Caleb. Hiro then gets his present self to be healed by Josh's past self. Present Hiro then reawakens in his own timeline but is immediately captured by Garrett.

The Center of Light begins to prepare for a massive attack on the Dark Circle's base with an airship. Alex is tasked with the job of killing Garrett for being a traitor. However, Lora convinces Alex to prove Garretts innocence. The two then disobey orders and break off from the mission. The two manage to sneak back into the Dark Circle's base and locate Garrett's room. However the two are captured and seperated. Lora is held by Garrett, but with the help of Josh through telepathy, manages to subdue him. She finds Alex being tortured by Caleb and Damion and knocks them both out. After freeing Alex, the two decide to save Hiro.

The two of them end up in the war room and eavesdrop on a meeting hearing the DC's plans for a mech suit. However when asked how to power it, Layla turns towards where Lora is hiding and shoots her dead. Alex attempts to kill them all by using his energy blast, but it is all absorbed by a cube Caleb was holding. Alex then grabs Lora's body and escapes, leaving Caleb with self sustaining energy.

Hiro also manages to escape imprisonment and meets up with the CoL and Adeline Vega's DC. They then plan to attack the DC the next week. During the week Nox manages to find Adeline and reveals Caleb's role in the war.

Caleb and his new second in comand Layla recieve a message to meet in the woods outside their base. They formulate a plan to take out every member of the CoL. When the time for the meeting comes Adeline angrily slaps Caleb and demands he reveals what he had done. Caleb, not being able to handle the truth anymore, tells his men that the CoL never killed the priestesses and that it was his father's plan all along and that he had gone along with it to ensure a better life for his friends,

Damion of the DC is the first to throw down his weapon. He is quickly followed by members of both sides. However, the peace is short lived as thy are attacked by the same mortals whol killed Nyx's priestesses. Josh angrily attacks Caleb and the two duel while the rest of the demigods attempt to fight the mortals. Caleb is then stabbed by Josh after he saves Adeline from the sword of a mortal. As he dies he reveals to Adeline that he is sorry for all his actions.

Josh then invokes a super form and begins a storm the kills many mortals but he also directs it at the DC killing Layla and wounding Chelan. He is eventually calmed by Nox and heals as many members as he can.In the aftermath a sorrowful Drake tries to revive Lora for Alex but is unable to do so. Garrett then aids him and they manage to revive her.

Then Erebus, Khione, and Cato appear but they are driven of by a powerful blast by Josh. Alex then attacks Khione and demands the location of his mother and sister. She gives him a riddle and He and Lora depart to save them. However, they fail and both are murdered by Khione. In a fit of rage Alex destroys Khione and sends her to Tarturus.

Josh, Drake, and one of Hiro's clones then go on a recon mission to the place where Erebus should be. The three attempt to fight both Erebus and Cato with golden armor gifted by the three gods of light, but they are unsuccesful. Meanwhile the Dark Circle is reunited by the son of Phanes, Phillip, who then leads them into battle. Erebus summons mortals to help him and reveals that he has destroyed the mist as the US army appears.

As the DC appear to be at a disadvantage, the CoL appear and join the fight. During the battle many key members attempt to take on Erebus namely Josh, Alex, Damion, and Phillip while all the water manipulators fight Cato. The battle was ultimately won and Erebus was defeated by the arrival of the twelve olympians.

The outcome of the battle was the survival of the Olympian world. However many were injured during the battle and Alyssa was killed. Though the two groups still held some tension and many members of the DC left, Erebus was defeated and banished by the Protogenoi. The fallen heroes were given a memorial at Camp Half-Blood. 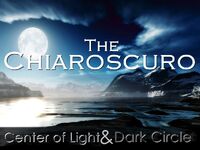 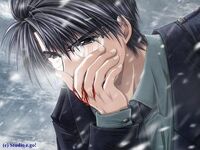 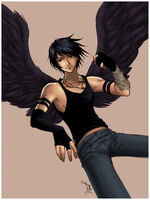 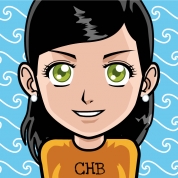 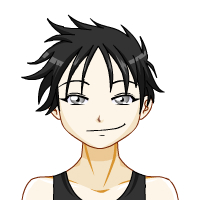 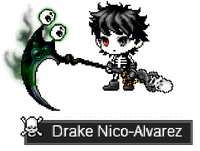 Drake Nico-Alvarez
Add a photo to this gallery

Retrieved from "https://percyjacksonfanfiction.fandom.com/wiki/The_Chiaroscuro?oldid=165633"
Community content is available under CC-BY-SA unless otherwise noted.