The Legion of Thieves is a collection of short stories revolving around the organization of the same name. New Writers and Characters are always welcome!

The Legion of Thieves was formed in ancient times, most likely by a child of Hermes. The Legion would steal from wealthy and corrupt individuals and distribute what they stole to the poor and helpless people of what ever city they resided in (they also kept a large amount of treasure for themselves when the bounty was plentiful). They would also take in young children off the streets and train them in the art of thievery.

The organization flourished and became increasingly powerful. However, during the 15th century a mission went horribly wrong, resulting in the exposure and eradication of the Legion. All members were put to death for their actions and their large treasure trove was seized.

Knowing of his impending demise, High Master Jacque de Voleur, hid three journals that contained the history of the Legion in a secret vault, along with his most valuable possessions. Before his death Voleur dreamed that one day the Legion would be reformed. On the last page of the journal, Voleur wrote: "As long as there are the rich, the powerful and the corrupt there must always be the swift, the smart and the silent to care from the poor, the meek and the weak."

600 years later, the journals were rediscovered by Xaro Leitz, Son of Erebus and Nathaniel Sparrow, Son of Hermes. After translating and deciphering the journals the two began fulfill Jacque de Voler's dream. They started recruiting demigods and established a headquarters just outside of Washington D.C. Not only do members carry out their criminal activities against corrupt politicians and businessmen, but they also take place in raids on lairs of different monsters.

Most of the money collected by the Legion today is placed in the treasury after the individual takes his/her reasonable cut. The money collected is then given to special individuals who are facing hard times or to an organization in desperate need of a donation.

However some people have had horrible crimes done against them and don't want monetary compensation. Instead they want only justice and to see the persons responsible for their pain financially destroyed. In cases like this Xaro will assign a team or ask for volunteers to get "payback" on the persons for their client. The Legion became very successful and thrived in the early years but catastrophe wasn't far away.

A year after the Legion was founded trouble started.  Nathan started taking on dangerous missions getting several members killed in the process. Over the next few months Xaro and Nathan engaged in frequent and violent arguments to the point where weapons were drawn. On the anniversary the Legion was founded, Nathan challenged Xaro for leadership, with half the Legion standing behind him. Xaro reluctantly accepted the challenge and defeated Nathan, banishing him and his followers.

Days after their banishment, Sparrow and the outcasts, know called The Riders returned and attacked the Legion while Xaro was away. The Riders killed the remaining Legionnaires and stole the majority of the Legion's treasure, along with several powerful artifacts. For the next few years they laid low taking on secret contracts and building their forces. Xaro vowed to hunt them down and take retribution for his fallen comrades.

Xaro established the Legion's headquarters 12 miles outside of Washington D.C, the most corrupt city in the world. The HQ is a massive building with numerous levels and countless rooms (several of which are hidden). Xaro conned the building from a corrupt senator and used money from his personal accounts to pay for the "extra features."

CATT is a highly advanced, artificial intelligence system. Her name stands for Computer Assistant To Thieves. She can control everything in the HQ and detects everything that happens with in her walls. Xaro stole her blueprints and programming from a billionaire computer genius who attempted to sell her to the highest bidder. He then wiped the creator's memories so he could never recreate Catt again.

There are dozens of rooms in the HQ, some of which are not shown on the map.

Bedrooms- There are over a dozen bedrooms for the members of the Legion. Each room has a walk-in-closet, a bathroom, and a wall safe. Every member can customize the room to their liking as long as demolition isn't involved.

Museum- The museum is where the Legion displays some of their valuables from their most memorable missions. It can also be used as a practice area for upcoming heists.

Gym- The HQ has a fully furnished gymnasium with weights, a boxing ring, and a sauna which connects to an Olympic sized pool.

Common Room- ​The common room connects most of the bedroom. It's full of over stuffed couches and recliners. There is one wall is made entirely of TVs and the WIFI signal is strongest here.

Workshop- One of the most important rooms is the workshop. Most of the planning for missions is done here. There are rows of computers, monitors and random machines.

Magic Library- After Arthur Drake became a member of the Legion, he claimed one of the empty rooms as his own study. Strange symbols on the floor and the walls, floating books and weird plant and animal parts in jars are pretty much everywhere here. The room is poorly lit and the brightest spot is where an alchemical table is situated.

Atrium- The atrium is one of the most beautiful places in the entire HQ full of exotic plants, large trees and a lazy river. The atrium is connected to the main building via an underground tunnel.

Xaro's Office- Xaro's Office is located somewhere in the building but is hidden from all members except Xaro and his Second in Command. It's said the most valuable and dangerous items are kept there. 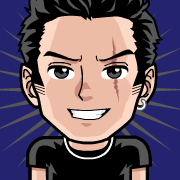 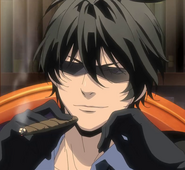 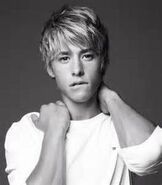 Robyn Hayward
Add a photo to this gallery

Because the Legion is an organization of thieves they have plenty of people and governement agencies trying to bring them down or kill them.

Instead of writing one large story, the collab focuses around writing several short stories. Members can pick and choose which story they want to write. Members can work individually or in small groups.

In order to join the collab, writers must create a story where their character steals something of significance. (Ex. raid an ancient tomb, steal a piece of priceless art, rob a large scale bank, etc.)

Xaro receives a call from a famous archaeologist claiming that three crates full of artifacts from ancient Egypt were stolen from him. The thieves took the crates in the dead of night and the only witness is an old man on the verge of death. The Legion must race to meet the witness and retrieve the stolen artifacts before they disappear and are scattered all over the world!

Children of Fey and Night

The Legion faces one of their most dangerous mission when they are summoned to the Fairy Court. Queen Visania, Ruler of the Fair Folk, tasks the team with finding her missing daughter. Their reward if they succeed? Ten times their weight in diamonds and gold! However, things get dicey when the princess's royal vampire lover intervenes!

With a dangerous artifact left unattended in a house full of thieves it's only a matter of time until something goes horribly wrong. The artifact is broken, unleashing a malicious demon. Despite his tiny stature and comical voice he presents a serious threat to the Legion's higher-ups. Can the Legion capture the demon and return him to the artifact before he hurts anyone!?

Emotions run high when a couple asks the Legion to find their missing son. However, the team soon discovers they were set up and the young boy they were sent after is anything but a normal runaway. Now the Legion must protect the child at all costs!

Ladies and Gentlemen, Let's get ready to rumble! The Legion goes undercover to take down a corrupt fight club that pits super-powered fighters against one another. Loyalties and friendships will be put to the test as members are forced to fight enemies, old friends and each other!

Labyrinth of the Mind

The Legion is done for! The headquarters is about to self-destruct and the only one who knows the code to deactivate it is Xaro. Unfortunately, Xaro has been knocked unconscious and there's no way to wake him up in time. The team executes a risky mission into Xaro's mind to retrieve the information. This may be their toughest mission ever; Xaro created a powerful defense against telepathic intruders, turning his mind into a massive, twisted labyrinth. The team must hurry because they only have one hour before the headquarters self-destructs!

Xaro is approached by some old friends from the House of Life who are in need of the Legion's aid. One of their own has gone rogue, leaving chaos and destruction in his wake. He has retreated to Greece where the House has no authority. Now the Legion must track him down and bring him to the House of Life for punishment.

All hell has broken loose in the Legion! After one of Arthur's experiments goes horribly wrong the Legionnaires find that their bodies have been switched! Now they must gather the necessary, rare ingredients and re-create the spell in 24 hours or they'll be stuck in each other's bodies forever!

It's time for the Legion to burn rubber! An unknown client has paid them handsomely to steal a large shipping container, with a mysterious object inside. They must transport the container from Los Angeles to New York. Unfortunately the object is massive and something is preventing it from being transported through the shadows. Now they must load the object onto a truck and guard it for 2800 miles!

The Holy Grail, a mystical item with omnipitant power that is only brought into existance once every hundred years. The Grail has been fought over for centuries and has caused endless death and destruction. The latest war is starting again and the Legion is bound to claim the Grail for themselves. However this will be no simple task, other orgnizations from around the world are converging on the spot where the Grail will appear. They will have to conquer all other opponents and risk life and limb in order to obtain victory and the Grail!

Retrieved from "https://percyjacksonfanfiction.fandom.com/wiki/The_Legion_of_Thieves?oldid=173708"
Community content is available under CC-BY-SA unless otherwise noted.