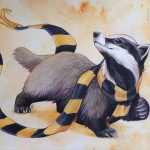 Welcome to my user page! Message me if you have any questions! Stay Asterous <3

HI! My name is Hazel and I am a returning "veteran" (do we still use that term?) that hasn't been on this wiki in a very long time. Frankly, I feel old.

I honestly don't really plan on getting too involved with this wiki again, mainly because I am super freaking busy. Sure, it's been a somewhat slow summer so far, but wow does it pick up soon. Ugh. And here I am actually wanting school to start again, but I know I'll be crying a week into the new year about how much I hate homework and love sleep.

A little about me:

My backup account is StormDevil (which I'll probably never use, but we're still supposed to declare those, right?)

False Love: An Enemy in the Shadows

A God's Crime: A Choice of the Titan God (Done)

The Loved for Life Series

What The Water Gave Us (Done)

The Short After Life of Bianca di Angelo (Done)

What if Gabe had Lived (Done)

The Day Luke went to the Doctor (Done)

A Life to Regret (Done)

The Random All OC Instant Message

The Random All OC Email Forwards

What if They Knew of Us?

The Heroes Organization: A Very THO Christmas (Will be redone this Christmas)

Note: There are other stories in THO that have been discontinued. They can be found on the THO page.

Only Hopes* (To be Continued in Future)

What if Percy Stayed with Calypso? (Discontinued/Possibly Redone)

Less Then Ever Loved* (Adopted by Hermione)

Freedom Reject* (Will be redone)

Retrieved from "https://percyjacksonfanfiction.fandom.com/wiki/User:Hazelcats?oldid=170656"
Community content is available under CC-BY-SA unless otherwise noted.